For Little League Baseball and other youth sports, trading pins have become as ubiquitous to the events as the games themselves. Parents proudly display the enamel pin of their child’s team. Kids journey around at tournaments making new friends by trading them.

Behind this tradition is a storied history that dates back to the late 19th century. A time when trading wasn’t done with another town’s team, but with competitors from another country.

An Olympic Tradition from the Start

With athletes converging from around the globe, it makes sense that the pin trading began at the first Olympic Games in Athens in 1896. These pins were primitive, consisting of round cardboard with ribbons attached. They were a way for the athletes and officials to identify themselves. Ten years later pins took a more nationalist tone. The 1906 Olympics were the first to include an Opening Ceremony where athletes marched behind their nation’s flag. It was also the first time that trading pins bearing the nation’s flag were brought.

Over the years those pins evolved. Higher quality materials were used as well as enhanced designs. Not only did they represent what nation the athletes came from, but what event they participated in. It became a tradition to trade pins with others around the Olympic Village.

The tradition extended beyond just the athletes too. Media members, corporate sponsors, and potential future host cities got in on the action. Long time sponsor Coca-Cola has become a fixture in this area. Not only do they produce their own commemorative pins for each Olympiad, they have set up trading centers for souvenir collectors.

Today, Olympic pin trading is thriving. The venues are filled with vendors and traders. And pins have transformed from a way to identify athletes to pieces of art that collectors everywhere can cherish.

Along with trading cards, pins were a way for companies to use the popularity of early baseball players to promote their products. These weren’t like the pins we know today. Created by Benjamin Whitehead in the early 1890’s, they were called “pin-backs” and resembled a small button.

The earliest of these baseball pins were made for Pepsin Gum in 1897. They are incredibly rare to find and were the first use of baseball players in this format. Players included early Hall of Famers like Cy Young, Connie Mack, Wee Willie Keeler and Cap Anson. The front featured a photo, the player name, and team. While the back had a small advertisement for the company. Keith Olbermann did an extensive dive into this early trading pin collection.

As the popularity of the game increased in the pre-war era, so did baseball trading pins. Candy, tobacco, and other companies created their own sets to give out to entice fans. Quaker Oats created a Babe Ruth Fan Club in 1934 with a set of pins that people could sign up for. These pins of the Sultan of Swat are some of the most sought after by collectors today.

Pins eventually gave way to trading cards as the Century progressed. But they made a return in youth sports in the early 1980’s. Youngsters from around the world who traveled to Cooperstown for the Little League World Series started bringing pins with their team logo on them.

The idea behind this was swapping with your opponent following a game. A nice token of sportsmanship between teams. And the better you did in the tournament, the more pins you’d bring home in the end. This provided a wonderful keepsake that a child can cherish for the rest of their life.

Disney fans have shown they will flock to any collectible the corporate giant puts out. And in 1999, they put their stamp on the trading pin market. As part of their Millennium Celebration, they released commemorative pins at Walt Disney World.

The popularity of those pins caught on at other Disney venues and events. Today, it’s become one of the most sought after items at the park. Pins are typically available for a limited time and vary in price depending on size and features. Occasionally special edition pins are offered which become highly collectible.

An interesting twist to Disney trading pins is the interaction with park staff. Cast members (those who dress up as characters) will often display pins on their lanyard as they work the park. Patrons may walk up and trade other Disney pins with them. Staff is obligated to trade as long as the pin is from Disney.

There are a few rules Disney puts out when trading in the park. Guests may only trade two pins with the same cast member in a given day. And certain colored lanyards denote that trading is only available to children under a certain age.

While the internet has taken away the charm of in-person trading, it has also opened the doors for many to collect pins they otherwise would not be able to obtain. Popular auction sites like Ebay are filled with pins for sale from every era.

The internet has also made it much simpler to create a trading pin for your own team or event. Companies like Custom Comet can help create wonderful designs that will make your pins the talk of the tournament.

Trading pins has a deep and storied tradition. Whether it be a hockey tournament for a youth squad or the next Olympic Games. Let us help you create something special that you can share with pride to the world. 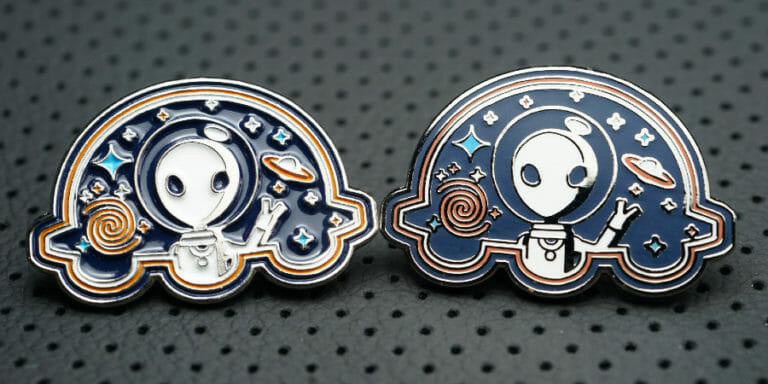 Enamel pins are a great way to share your art, support a cause, or create brand awareness for your business. Choosing the right style of pin might seem daunting at Pin Backer Cards: What Are They and How to Use Them

You’ve created your design, decided which pin style works, and chosen the add-ons that fit your aesthetic. Now it’s time to think about the presentation of your new custom pins. 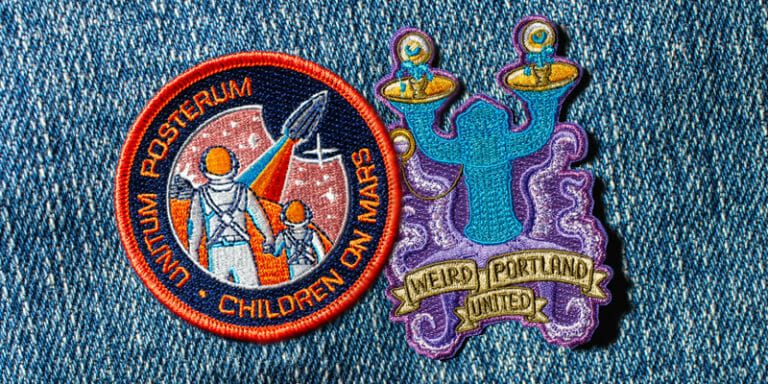 Merrowed Edge vs Hot Cut Edge: Which Patch is Right For You?

When designing a custom patch as an artist or a company, the importance is in the details. A detail worth mentioning is the border of your custom patch. A border 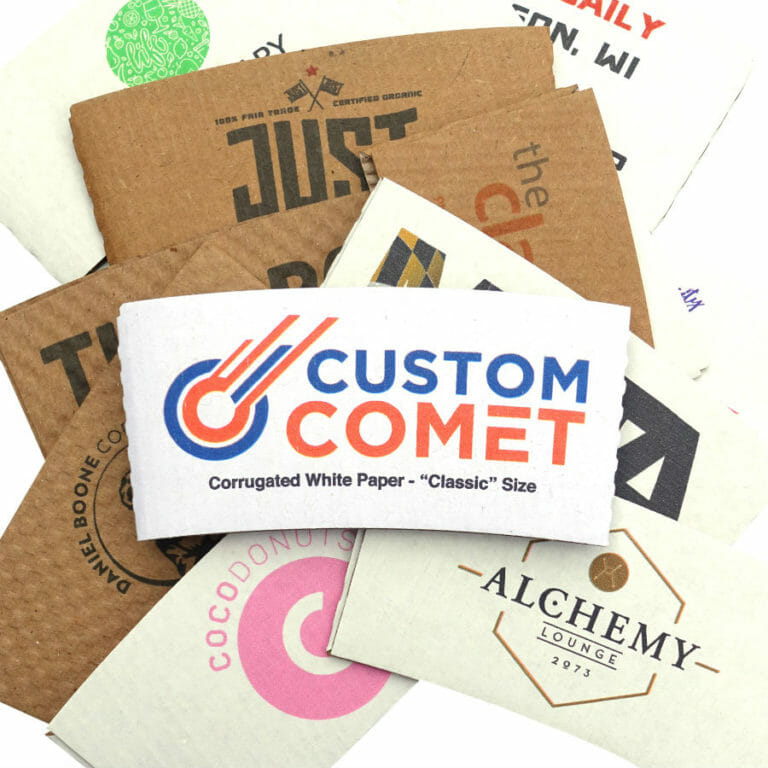 Evolution of the Coffee Sleeve

The 1990’s spurned a coffee revolution of sorts across America. Shops began to pop up on every corner while the demand for higher quality beans increased. Businesses shifted to a Custom Comet has over 50 years of combined experience in the promotional product industry.